Our Club participates in a number of Rotary District Sports Competitions.

After last year’s magnificent victory in the Skittles competition, our team again reached the final where we played Midhurst & Petworth at the Six Bells Newdigate on 8th May.

Unfortunately, last year’s triumph was not repeated and we were defeated by 10 points. Nevertheless, it was a very enjoyable evening and we may have unearthed a star for the future in Beverley Barry, who performed magnificently despite never having played skittles before. 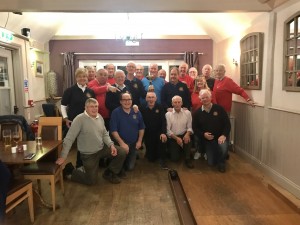 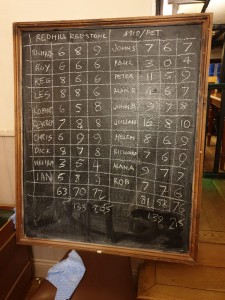