MEN IN SHEDS AT FURNISTORE

Men in Sheds is a project that supports older men who want to get together, share and learn new skills – all in the welcoming space of a ‘Shed’. 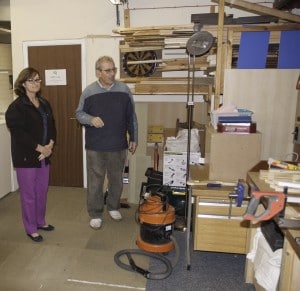 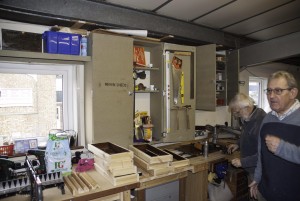 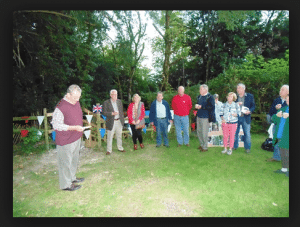 About Men in Sheds

Men in Sheds was a pilot project that supported older men who want to get together, share and learn new skills – all in the welcoming space of a ‘Shed’.

Age UK provided the ‘Shed’ (a workshop), tools, and equipment and a paid co-ordinator for support – but the day-to-day management of the Shed was up to each Shed member, with ‘Shedders’ deciding on activities they wanted to follow. This gave ‘Shedders’ control and ownership of their Sheds.

woodworking
inter-generational skills sharing
socialising
There were 3 Sheds managed by Age UK in:

Several other groundbreaking Sheds were also run separately by Age UKs Cheshire and Cheshire East, Age UK Exeter and Age UK Stafford & District. There are also a number of other ‘Men in Sheds’ (or Men’s Sheds) that have been set up independently of Age UK. From Camden to Stroud and the Isle of Man, these sheds are starting to form part of a growing grass roots movement of Men’s Sheds worldwide.

Men in Sheds has also featured heavily in the national and local media including Newsnight, the BBC One’s Show and regular stories in the national press. An article on the health benefits of Shedding has also recently appeared in the British Medical Journal.

Case study – a Men in Sheds participant shares his thoughts

‘I worked for 34 years at a desk job in London and came up to Kendal to spend my retirement years here 15 years ago. My wife had heard about Men in Sheds, and suggested I give it a try.

‘On my first day at Men in Sheds, John Standing showed me the ‘tools of the trade’ and taught me how to use them. Under his expert guidance I have already learned several new skills after just four sessions. The atmosphere and camaraderie in the place are also very pleasant.

‘Speaking for myself, as a practitioner of Buddhism I found that the stillness of mind that is experienced when working with my hands with full attention is something that I never experienced working in an office.

‘My only regret is that a vehicle such as Men in Sheds had not been available in Kendal to retirees like myself years ago.’